This October the Hazlet Township Police Department joined the Pink Patch Project. Officers wore a grey and pink patch on their shoulders in lieu of our traditional yellow and blue. This was to help raise awareness for breast cancer, since October is Breast Cancer Awareness month. Here you can see some of our proud men and women in blue, sporting the pink. 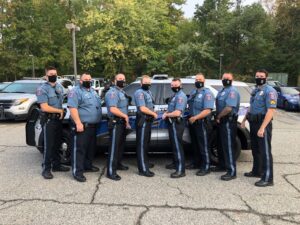 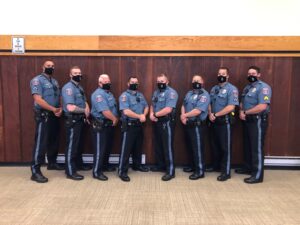 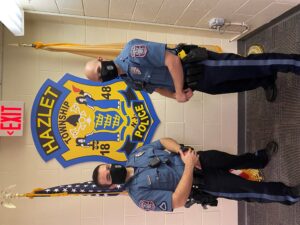 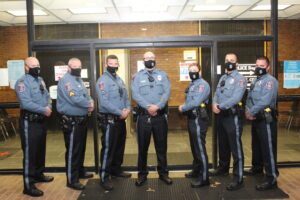 Officers of our department also took part in the Law Enforcement Torch Run to benefit the Special Olympics NJ this month. Typically this run takes place in June and is the kick-off the the Summer Games. However, this year the games were cancelled. The ceremonial run was still held to support these great athletes, raise awareness, and continue what will be a 37 year tradition of carrying the flame. We had 17 sworn officers from our department participate this year! Chief Wittke received the torch from Holmdel Officers at the Cinemark movie theater parking lot and ran it up Highway 35 to the Stop and Shop lot where it was handed off to Keyport Police. 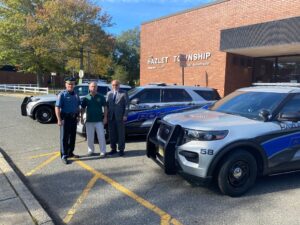 Every Halloween our officers on patrol hand out candy to trick or treaters. It’s a wonderful way to interact with the community and promote positive police interactions. 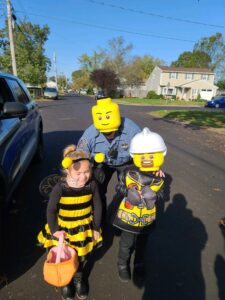 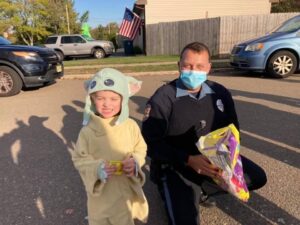 Among these events, our department had a visit from the New Jersey State Association of Chiefs of Police in order to have an on-site assessment for Accreditation. Our patrol officers continued to patrol areas being targeting for car burglaries, apprehending suspects and charging them appropriately. Officers also took to the long lines at DMV citing those citizens who have been attempting to sell their spot in line. Detectives investigated allegations of child endangerment and made appropriate arrests, see Press Release from MCPO here.

About the Author: charleigh