Tuesday night, September 8th 2020, Mayor Mike Glackin and the Township Committee promoted five officers to their new ranks and recognized Chief Philip Meehan who recently retired from the force, for his 23 years of service. Ted Wittke was sworn in as Hazlet Township’s 6th Chief of Police. Robert Mulligan was promoted to the rank of Deputy Chief, Nicholas Greene and Scott Randolph were sworn in to the rank of Lieutenant and Richard Jaeger was sworn in to the rank of Sergeant.
Chief Ted A. Wittke is a Marine Corps veteran and accomplished leader who began his law enforcement career in February 1999 with the Hazlet Township Police Department. Chief Wittke took the Oath of Office for the position of Chief of Police on September 8, 2020.
From February 1999 until July 2012, Chief Wittke served as a Patrol Officer assigned to the Uniformed Patrol Division. In July of 2012, he was promoted to the rank of Sergeant and placed in charge of a squad of patrol officers. In February 2014, he was promoted to the rank of Lieutenant and took over as the Detective Bureau Commander. During his time there, he directly oversaw investigations and the internal affairs function. In December 2016, he was promoted to the position of Deputy Chief and in July 2018 he attended the FBI National Academy, Session 273, in Quantico, Virginia. The FBI National Academy is a 10 week professional course of study for law enforcement executives from all over the world. Attendees must be nominated and the selection process is very stringent. Subsequently, in 2019 Chief Wittke was elected to the Sergeant-At- Arms position on the Executive Board of the FBI National Academy Associates, New Jersey Chapter and is still serving on the board today.
Chief Wittke is also a graduate of Fairleigh Dickenson University where he earned a Bachelor and Master of Administrative Science degrees. He is an Accredited Chief/ Command Executive through the New Jersey Association of Chiefs of Police and also a Certified Public Manager through Rutgers.
Among his many accomplishments, in 2001 Chief Wittke was assigned as an undercover officer to the Bayshore Narcotics Task Force where he worked on cases involving the sale and distribution of illegal drugs in the Bayshore area. He also implemented the departments first Field Training Program for new officers in 2012. This program has been used to effectively train over 25 officers and it is still in use today. He later developed and implemented the departments first training program for new supervisors in 2020. Chief Wittke prides himself on increasing and improving service to the public. As such, he was responsible for the department’s participation in Project Medicine Drop where residents could safely dispose of unwanted medicines. He further implemented the Carfax program which made Hazlet accident reports available online to the public. While assigned to investigations he implemented the RAPID metals database to deter the fencing of stolen goods, which made Hazlet Police the first Monmouth County Department to utilize this helpful tool. He also served as the coordinator for the LESO 1033 Program and through this program he acquired over 3 Million Dollars in military surplus equipment for the Township free of charge.
Chief Wittke is a two time recipient of the Monmouth County 200 Club Award, and the Narcotics Officers Association Commendation Award, as well as receiving numerous Department Commendations throughout his career. He is a member of the Monmouth County Chiefs of Police Association, New Jersey State Association of Chiefs of Police, and The International Association of Chiefs of Police. 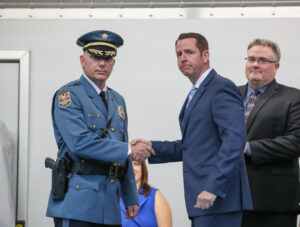 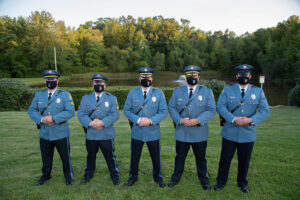 About the Author: charleigh